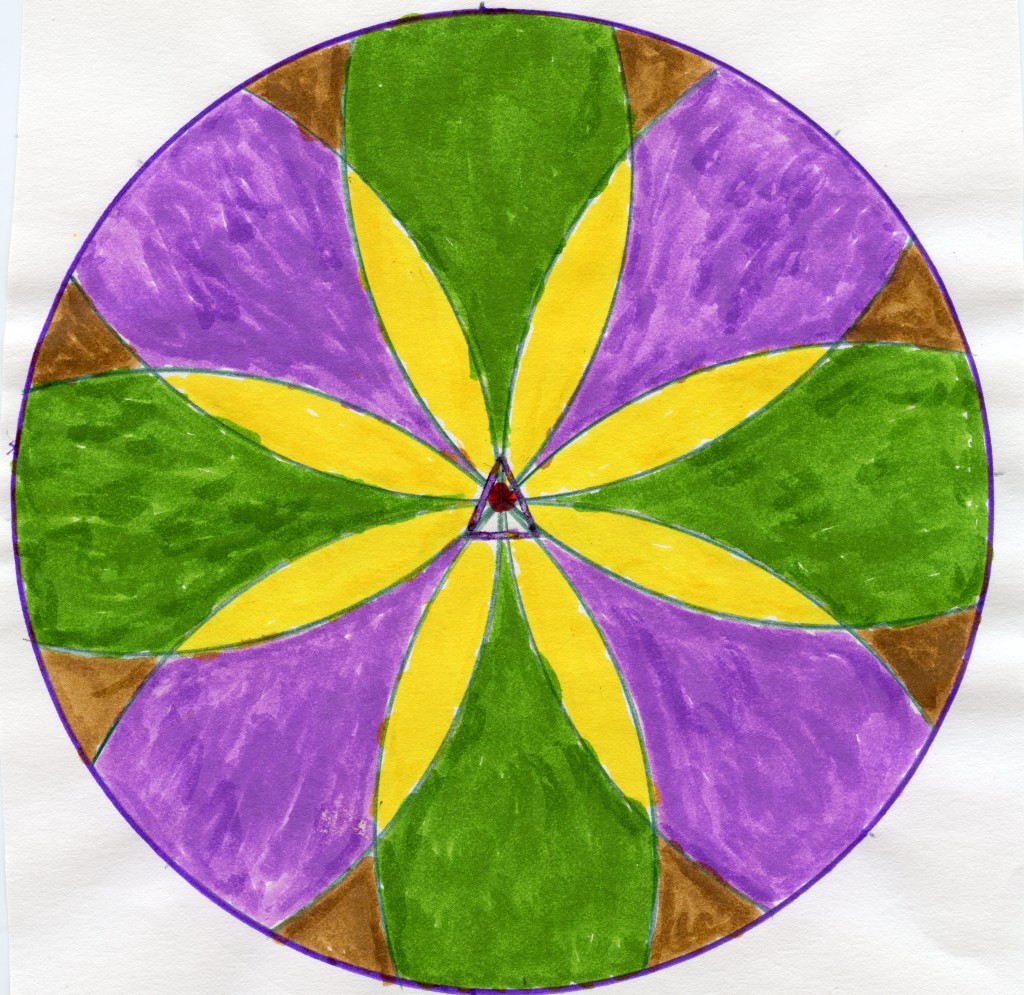 Life is about change. Nothing stays the same. Everything in life runs in cycles. It is important to recognize when a cycle is ending and one is beginning. Often we resist change and cling to the old cycle. The ancient Chinese scholars observed the universal changes in nature and were keen to see the correlation in everyday living. They compiled this wisdom into the classic book of change, “the I Ching.”

The I Ching is one of the oldest books written. It was first handed down orally and the compiled into written text between the 10th – 4th Century B.C..The inner structure (trigrams) was compiled by the legendary emperor, Fu Hsi (2852-2837BC.). The trigrams are based on the theory that the pure energy of spirit needed to express itself by dividing into what we now call yin and yang. These two energies needed to express itself further, so the interaction of spirit (yin) and matter (yang) gave birth to a third, middle, sentient factor.  These ancient scholars used symbolism to reflect these three energies.  A solid line represents yang ——– and a broken line represents yin —- —-. Mathematically you can have four combinations of yin and yang and by adding a third line you have – the eight trigrams. The I Ching was later refined by the legendary emperor, King Wen (1150 BC.).  King Wen understood that in order to fully represent change, and to add a new dimension, two trigrams should be combined. This lead to a dynamic six line hexagram.  Mathematically, this generates sixty four unique energy patterns.  After deeper thought, he brilliantly developed the hexagram’s sequence of flow. The classic commentary on each individual hexagram was contributed by many scholars and most importantly by the legendary, Confucius (551-479 B.C.). His commentary is known as the Ten Wings because after studying it, you will be able to fly. His son, the Duke of Chou, further refined the text by developing the commentary on each individual line. The I Ching is a lifelong study and never ceases to amaze. It is not the easiest to understand, so in future posts ,we will first look at the trigrams and then move on to interpret the essence of each hexagram.

We grow by being proactive in life. Simply, we need to LET GO and move forward with our goals and ideals. In order to do this we need a coach. The I Ching is the supreme coach to help us understand life’s mysteries, conflicts. doubts, challenges, and decisions. With the bombardment of data causing a narrowing mental space, as well as the narcissism tendency of social media, the I Ching couldn’t be more timely.

The word consciousness is derived from the Latin root “scio,”- “to know” and “con,”- “together.” The I Ching’s Taoist roots are based upon the concept that man is in between Heaven and Earth. Heaven is our spirit (subject-yang) which is all knowing but it needs a object to perceive, (earth- yin-object.)  Yin and Yang cannot live without each other. The feeling principle between yin and yang is our true consciousness (to know – together.)  It is our soul. Knowledge buried in our consciousness is not easy to perceive. The I Ching is a tool to unlock the inner doors of our mind, which in turn connects to the inner doors of the universe. How is this so? The language of the I Ching is symbols. Each of the 64 hexagrams represents a unique note, color and sound. By studying the I Ching, we begin to resonate with the essence of these mathematically balanced, universal symbols. As a result, the intuition is sharpened and many levels of truth gradually unfold.

Historically the I Ching is used for divination. Although this was probably the correct way in older times, in my opinion it is not the way to go today. It is better to have a firm understanding of the hexagrams so when life’s challenges confronts us, one of the 64 hexagrams will immediately come to mind, and we act with wisdom, character, and integrity. We then flow with life’s changing tide rather than against it.

Acting Wisely was last modified: May 24th, 2015 by scottsuvow